You are here: Home » Blog » Miscellaneous » ProWein 2016 Düsseldorf: New and Exciting Wines to Look out For

ProWein 2016 Düsseldorf: New and Exciting Wines to Look out For

In this article, I want to highlight ProWein, one of the most exciting events in the wine and spirits industry. ProWein is the world’s leading trade fair for businesses in these industries. The exhibition brings together producers from all over the world, and it’s held annually in Düsseldorf, Germany.

ProWein is one of the best ways to meet representatives from the industry and talk about current wine trends. In 2015 there were 5981 exhibitors from 50 countries.

At HermesThemes, we’re big fans of the wine industry and we’re always on the lookout for new wine regions and wineries. We’re lucky to have some fantastic winemakers using our themes, like Castello di Vicarello and Villa Loggio.

I will be present at this year’s ProWein event, so I decided to feature some of the world’s most interesting up-and-coming wine regions and winemakers to look out for at ProWein 2016.

The Best Up-and-Coming Wine Regions and Winemakers at ProWein

Georgia has an 8000-year old winemaking history. As the country is squeezed in between Asia and Europe, Georgian wine has its own signature taste.

During Soviet times, quantity was preferred over quality in wine production. Georgia was heavily influenced by this production standard. 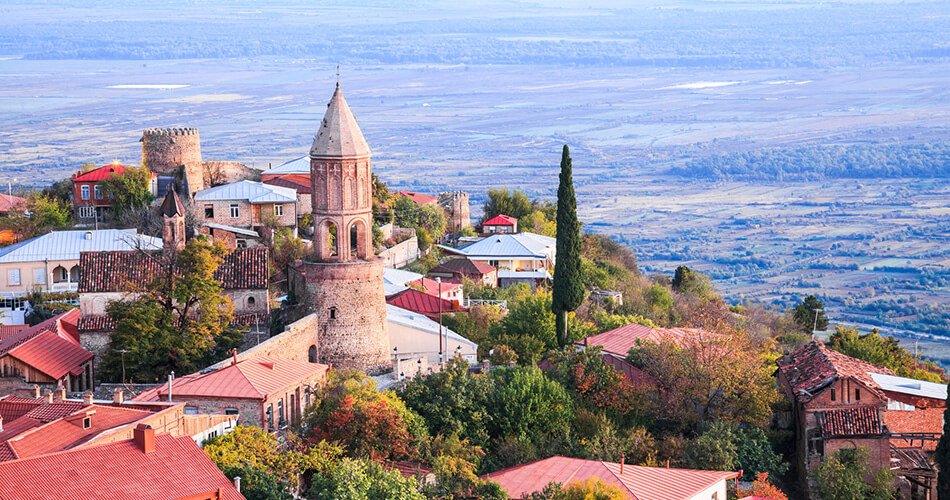 After Russia introduced an embargo on Georgian wine in 2006, Georgian winemakers found new markets in the West. Quality standards had to be revised to meet the new demand. Subsequently, Georgian wine is slowly but steadily beginning to gain the international recognition it deserves.

Many Georgian winemakers still produce wine the traditional way. Grapes are fermented in a qvevri, a beeswax-lined clay pot. In fact, wineries in countries like Italy and France have recently started to produce their own qvevri wine. Make sure to look out for this delicious Georgian specialty at ProWein!

Some up-and-coming Georgian winemakers are Schuchmann, Telavi Wine Cellar and Teliani Valley. All three of them are located in Georgia’s premier wine region, Kakheti. They’re all innovators in the Georgian wine scene – for example, Teliani Valley was the first oak barrel production site in Georgia.

Moldova is the world’s most vineyard-dense country. The country’s winemaking tradition is thousands of years old. In fact, Moldova is home to the largest wine cellar in the world, Milestii Mici, where over two million bottles are stored. Despite this, Moldovan wines have only recently been discovered internationally.

The authenticity and uniqueness of Moldovan wines is represented by the indigenous varieties, which account for 10% of the vineyards: Feteasca Alba, Feteasca Regala, Feteasca Neagra, Rara Neagra, Plavai, Viorica, etc.

ProWein will be the perfect event to familiarize yourself with these Moldovan grapes.

Some of the most exciting winemakers in Moldova are Purcari, Chateau Vartely and Cricova. They’re all surrounded by breathtakingly beautiful sceneries and produce wine from Moldova’s different grapes. Cricova is also home to the second largest wine cellar in Moldova with 120 kilometers (75 mi) of labyrinth roads and 1.25 million bottles of rare wine. The tunnels date back to the 15th century and they are famous for having been the hiding place for Jews during the second world war.

Wine production is a relatively new industry in New Zealand. It emerged as late as in the 1960’s to 70’s. Today, wine is grown all over the country, from the North to the South. Interestingly enough, most winemakers are small niche producers. 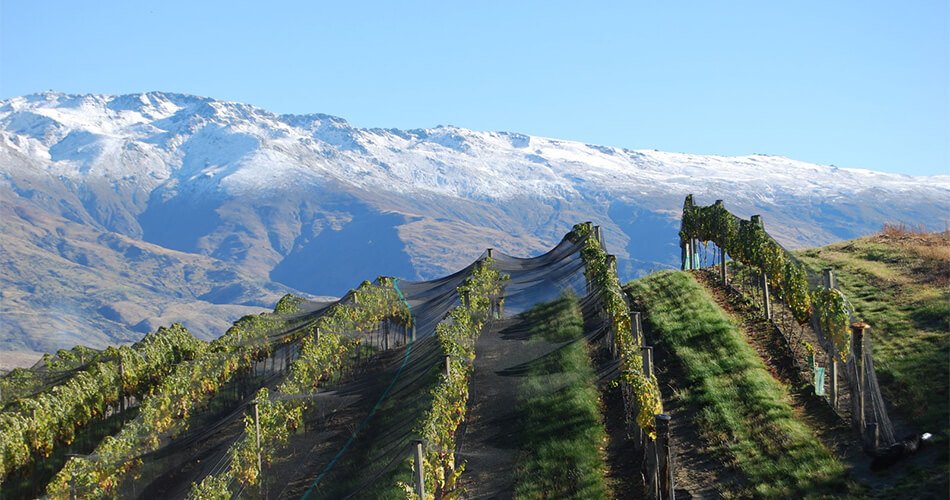 Many wine critics consider Sauvignon Blanc from New Zealand to be the best in the world. New Zealand is also one of the best places for growing Pinot Noir. The country is known for its Chardonnay, Pinot Gris, Cabernet Sauvignon, Merlot, Riesling and local wines.

While there are several amazing winemakers in New Zealand, some of the fastest growing wineries are Neudorf Vineyards, Oyster Bay Wines and Invivo Wines. A notable fact is that Oyster Bay Winery produces the famous Oyster Bay Sauvignon Blanc. This wine has had a major impact on New Zealand wine exports – it’s the most popular white wine in Australia.

Sicily has a strong, 5000-year old winemaking tradition. Yet, the island is only now achieving international recognition. The main reason is that Sicilian winemakers have moved from mass-producing common wines to producing local wines from native grape varieties.

In fact, Sicily is home to some of the most well known local grapes, like the red grape Nero D’Avola. This grape variety will probably have a strong presence at ProWein, so don’t miss out. 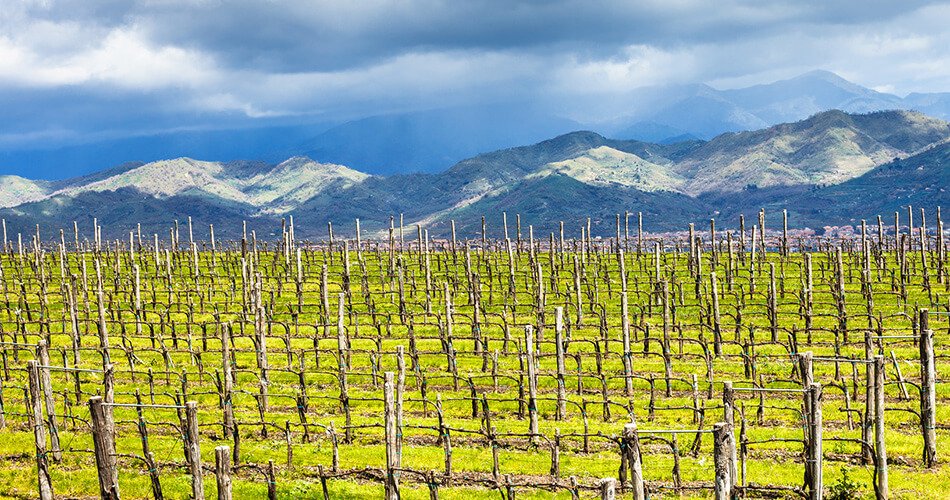 You’ll also find whites like Grillo and Cataratto. Higher altitudes mean that the grapes undergo temperature variations every day, which is ideal for growing excellent grapes.

Three emerging winemakers are Tasca D’Almerita, Azienda Agricola G. Milazzo and Abbazia Santa Anastasia. They all have old winemaking traditions – Tasca D’Almerita was founded 200 years ago, Milazzo 150 years ago and Abbazia Santa Anastasia was originally a monastery that started producing wine in the 12th century. All three winemakers are part of the movement that promoted winemaking using native Sicilian vinestocks. Ultimately, this led to the rebirth of traditional Sicilian wine production.

Argentina is one of the hottest wine countries in the world. This wasn’t always the case. Before, Argentine wine was mainly produced for local markets. Quantity was preferred over quality. When wine exports became more common, quality became increasingly important. Fast-forward to today and Argentina is seen as home to some of the best grapes in the world. 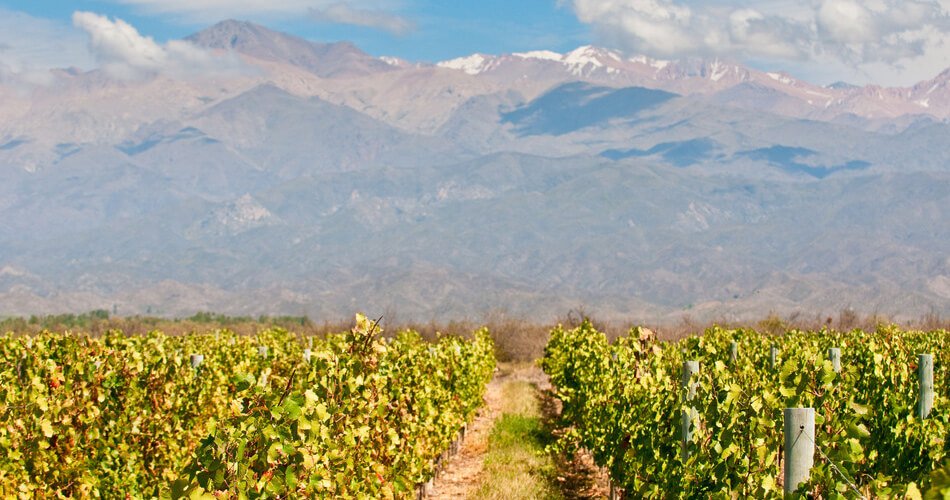 Due to its high altitudes and low humidity, Argentine wineries produce a wide variety of grapes. Most of the wine production take place in Mendoza. Here, you get some of the best Malbec grapes in the world. Other grapes are Bonarda, Cabernet, Sauvignon and Tempranillo.

Some interesting and fast growing Argentinian winemakers are Familia Zuccardi, O. Fournier and Bodega Ruca Malen. They’re all located in the scenic Mendoza. Familia Zuccardi is one of the most successful Argentine winemakers in Argentina and abroad.

These five wine regions, Moldova, Georgia, New Zealand, Sicily and Argentina, are all up-and-coming on the international wine scene and rightly so. Each of them produces excellent wine from unique, indigenous grapes. This year try to taste something new and exciting, you might be in for a big surprise. See you in Düsseldorf!

This site uses Akismet to reduce spam. Learn how your comment data is processed.

We create easy to use WordPress themes and templates for independent hotels, B&Bs and inns. Fast and friendly support for all types of users, from absolute beginners to professional web developers.

This website uses cookies to improve your experience while you navigate through the website. Out of these, the cookies that are categorized as necessary are stored on your browser as they are essential for the working of basic functionalities of the website. We also use third-party cookies that help us analyze and understand how you use this website. These cookies will be stored in your browser only with your consent. You also have the option to opt-out of these cookies. But opting out of some of these cookies may affect your browsing experience.
Necessary Always Enabled
Necessary cookies are absolutely essential for the website to function properly. This category only includes cookies that ensures basic functionalities and security features of the website. These cookies do not store any personal information.
Non-necessary
Any cookies that may not be particularly necessary for the website to function and is used specifically to collect user personal data via analytics, ads, other embedded contents are termed as non-necessary cookies. It is mandatory to procure user consent prior to running these cookies on your website.
SAVE & ACCEPT